Punjab Chief Minister Shahbaz Sharif recently visited the family of the Christian couple burnt alive by a mob in Kot Radha Kishan for allegedly desecrating pages of the Holy Quran. He announced Rs5 million as compensation for the bereaved family as well as 10 acres of land. A three-member committee has also been ordered to investigate the matter. Although commissions and committees in Pakistan have come to represent a confirmed course for consigning an issue to oblivion, the inadequacy of the aforementioned measures resonates for larger reasons.

Earlier this year in Gujranwala, an angry mob set fire to a house killing three Ahmedis including eight-month-old Hira, and five-year-old Kainat.  From Ahmedis, Hindus to Christians, religious minorities in Pakistan are vulnerable and widely exposed to threats, intimidation and violence. This is a reflection of not just crass state failure but an alarming societal disease. 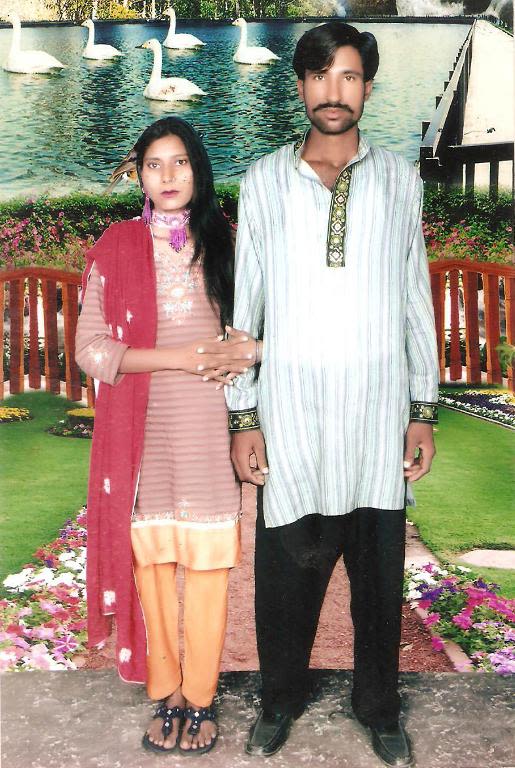 Pakistan faces an underlying, entrenched disease that can neither be cured with ‘compensations’ of millions nor commissions. A disease that has been manifesting itself as several bleeding sores on the national body in the form of Gojra, Joseph Colony, Gujranwala and now Kot Radha Kishan.

It is astounding how, in a society as intolerant and violent as Pakistan’s, where the state is impotent in its protection of citizens, individuals of religious minorities can even gather the audacity to commit blasphemy in this glorious bastion of Islam where pious believers are ever eager to reconstruct hellfire as done with Shama and Shahzad Masih.

The brutal murder of the couple, which has left behind three little children, has all the elements that perpetuate such cruelties; which are ironically, blasphemy itself in the name of God.

It is reported that the mob was incited by a local cleric, much in line with what is the custom in such cases. Just as PM Sharif has instructed the revision of curriculum in national institution to inculcate values of constitutionalism and democracy in order to defeat the dominant narratives resulting from decades of military dictatorships; narratives of hate and extremism emanating from the loudspeakers of mosques and teachings at madrassahs must also be countered. State-licensed campaigns and clerics united by an ideology and purpose of fostering harmony, tolerance and inter-community peace must also be considered. Pakistan’s madrassahs and masjids have become breeding grounds of hate, bigotry and intolerance which, until effectively monitored, checked and combatted, will only lead to need for further Zarb-e-Azbs in the future.

Writing for Dawn, Cyril Almeida points out another important aspect of the victims of Pakistan’s Blasphemy Law: ‘Blasphemy victims are disproportionately the marginalised: often poor, mostly the wrong denomination and always vulnerable.’ Almeida further mentions that those in the national and social mainstream are not threatened by such instances, which is why ‘the system doesn’t need to swing into action and correct a perversion.’

More importantly, Hassan Javid’s article, published on the 9th of November in The Nation, on this recent blasphemy case echoes with the banality of evil in Pakistan:

‘However, focusing solely on these actors [the military, government and extremist organizations] obscures the fact that there is a ‘banal’ aspect to the bigotry and hatred that we are witnessing around us….it is ‘normal’ people who are increasingly complicit in these unspeakable acts of evil. Shahzad and his wife Shama were not burnt alive by Taliban fighters or sectarian extremists; they were tortured and killed by the people who lived and worked around them. The mobs that attacked Gojra and Joseph Colony were not comprised of foreign fighters sent to Pakistan by Al-Qaeda; they were ordinary villagers and citizens who presumably went back to their families and homes once their dark deeds were done.’

This involvement of ordinary people in such acts does much to underscore the extent, gravity and ideological and cultural facets of the prevalent challenge of extremism confronting Pakistan.

Pakistan faces a glaring reality marked by discrimination, bigotry and blood that screams to be seen; which the state and society both deal by averting gaze from. Therefore, to constitute commissions, order probes and register FIRs is merely to bandage an infected gash than treating it. The country can no longer do without systematically addressing and reviewing laws, chief of which are the Second Amendment and the Blasphemy Law (a proposal which is seen as blasphemy itself in Pakistan’s increasingly intolerant and polarised society), which sanction or condone such wanton violence and barbarities. The murders of Salman Taseer, Shahbaz Bhatti and the dangerously absurd allegation grounded in blasphemy recently hurled at Khurshid Shah for his remarks on the term muhajir merely emphasise the wide dangers to which this law and its ideological popularity open doors to. Pakistan can also not ignore the urgency to battle extremism and bigotry on the ideological, societal and cultural fronts. Until that happens, the murders of Shama and Shahzad will perish in the same old cycle of media coverage, commissions, committees for investigations, muted protests and outrage; and eventually, collective national amnesia. Until then, Pakistan shall continue to be disfigured by a diseased society with deceased humanity committing blasphemy in the name of God.